Egypt: No to Illegal Confiscation of Personal Devices 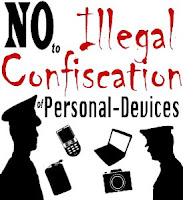 On the 30th of June 2009, the security officers at Cairo International Airport have detained an activist blogger, Wael Abbas, who frequently writes about torture cases and police abuse in Egypt. Mr. Abbas was also frisked and the officers confiscated his laptop computer and other belongings.
By this conduct the police violated the following articles of the Egyptian constitution which says:
Article 41:"…no person may be arrested, inspected, detained or his freedom restricted or prevented from free movement except by an or necessitated by investigations and preservation of the security…"
Article 42:"…Any person may not be detained or imprisoned except in places defined by laws organizing prisons…"
Article 45:"…wires, telephone calls and other means of communication shall have their own sanctity and secrecy and may not be confiscated or monitored except by a causal judicial warrant…"
Actually confiscating personal devices such as mobiles, laptops, cameras, portable hard-drives during social peaceful protests, in the airports and different other places became a remarkable trend followed by the Security Services.
Such devices may contain personal information, pictures and files which should not be uncovered without judicial warrant. Further over Bloggers, Human Rights Defenders and Political Activists, especially in the Arab region, are highly subjected to this kind of threats, intimidations and violations.
Consequently, a group of Egyptian bloggers ,including Mr. Abbas, and human rights activists, came-up with the idea of designing a Badge to be used on Blogs and Websites having the following title: No to Illegal Confiscation of Personal Devices.
A Facebook Event was created to circulate the badge and to invite people to support.
How can you help?
- Add the badge to your blog/website.
- Write articles about the issue of illegal and extrajudicial confiscation of personal belongings.
- Invite your friends to do the same.
Support the Cause, Put the Badge and Spread the Word.
* By EBfHR Editor, Published on Global Voices Online
رامي رؤوف Ramy Raoof 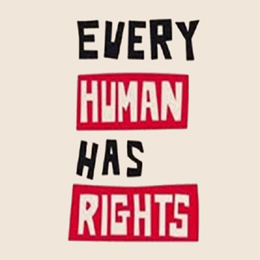